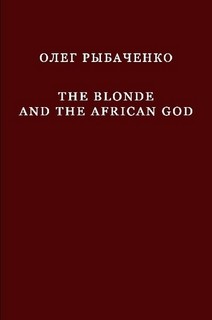 A successful champion in fights without rules Albina falls head over heels in love with a black fellow fighter.

THE BLONDE AND THE AFRICAN GOD.

A successful champion in fights without rules Albina falls head over heels in love with a black fellow fighter. But African That turned out to be a loser and got into debt. Meanwhile, a billionaire with a very large influence falls in love with Albina. Now the girl has a choice: between wealth, position in society, and love for the African athlete, who is not just a pile of muscles, but also a romantic, sincere person, a poet and a writer. What will win and what choice will the girl make? The warrior loves to walk barefoot and in a bikini! Girls are very beautiful when they have a minimum of clothing.

Thomas Lincoln fought in a cage. The muscular, sculpted black giant was in no hurry. He was calculating and confident. His rival, the bearded Russian hero Sergei Fighters, was also in no hurry. Here they converge, put blocks, strikes and rebound. Then again, exchanging thrusts with the feet.

Albina is a ravishing, muscular blonde, blowing a kiss. Thomas is irresistible. What are the muscles, he is very beautiful. The features are not Negro, but rather Caucasian, the teeth are large, white, the shoulders broad, and the waist narrow. Could and on bodybuilding to dissent. But for fights without rules much more pay.

Fighters, too, very big and a healthy, but not such relief musculature, although even thicker. Both heroes converge. Hold the kicks. Push. And they use their elbows. Get hit in the face, and bounce back.

Sergei something offensive utters. Thomas just smiles back at him. They come together again, pushing, kicking. They try to twist their arms. Sergei manages to tear the black man away from the cover of the cage, and he lifts him over his head. His hands were as thick as a man's thigh.

Here he is going to hit his counterpart's spine on the knee. And this is exactly guaranteed disability. But Thomas dodges, and the heel of a soft boot hits Sergei's temple. The falls, and black warrior exerts on breast, white athlete.

A referee in a striped robe runs up and lie next to the head. He begins to slap the surface, trying to revive the stunned fighter. Half his face was blue from the savage blow...

- One! Slowly, the referee considers...

At the last moment Fighters twitches... to Fix deduction it was not possible. Thomas rises, and lifts the Russian athlete with him. Turns him upside down. And shall receive the pile, a blow with the bent knee to the head. There is a strong push.

The soldiers, who, awkwardly twitching his limbs fades.

The referee is slow, because fighting two Champions, according to different versions, and God forbid that accused was not given a chance, said...

Have Albina in psyche complex feelings. On the one hand, she must root for her Russian champion, on the other hand, she is unable to overcome her feelings for Tom. She already dreams about him at night. She hangs a picture in her gym, and looks at the black God for hours, during training.

Love ... the Mighty, strong, gorgeous blonde champion of Eurasia in fights without rules, Albina Sokolovskaya fell in love with an African. Alas, but the heart does not command...

At the last moment Sergey Fighters again twitches. Although very sluggish, but

The hold is not fixed. Here as in wrestling similar rules. Not the ring, but the cage. You will not fly out of limits, and more honestly there are fights, so simply you will not run up and on the head you will not move. Maybe it was a hold, a surrender, when you hit the floor three times, even when you choked, if the judge raised his hand three times and it fell powerless. Well, also on points. Although in battles without rules to wage counting it is difficult. Yes, and you need to fight in title fights no less than an hour.

Yes such here is here-fighting. Pay for them of course big money, plus still can put any amount on themselves.

Tom grabs the opponent's hands in the lock, lifts, and throws his forehead against the floor with force. A terrible blow follows. Reception-split nut!

Tom tries to fix it again. The enemy is motionless. The referee knocks ... Slowly...

Although in sight, that brown eyes have become evil. Not taken by the enemy. Black warrior, then changes plan. Bounces and gets the top of the cage. It's about four meters high. Thomas is ready to jump. Hit your opponent with your knees.

Jumps off with acceleration. And Fighters slightly-slightly is shifting. Thomas hits the surface, which is pretty hard, and screams.

Fighters rushes at him and wraps his legs. Thomas jerks, but his shoulder blades are pressed to the surface. The referee flies up and quickly hits the surface...

One, two, three! Thomas's desperate effort to relieve Soldiers, he falls dead to the floor.

The referee runs up to him and raises his hand!

Thomas throws at the referee, raises his hands up, and in Russian shouts:

"Deception! What do you think!

The one that beeps is not clear!

A dozen pumped-up fighters in striped jumpsuits run into the cage. They're pulling Thomas out of the ring. Beaten Sergei, on the face put on an oxygen mask. And put on a stretcher. The gold belt of the Intercontinental champion also appears nearby. Thomas is upset but silent. He's being led away.